2019-06-25, 13:00 NFTMC D401 auditorijoje vyks Jungtinis cheminės fizikos seminaras:
Energy conversion at the nanoscale: physical models for biological and bio-inspired structures
Pranešėjas: Lev Mourokh (Queens College of the City University of New York, USA)
Anotacija
Living objects at the nanoscale can be viewed as molecular complexes, whose dynamics is often controlled by the ransfer of single charges or single-photon absorption events. In many senses, it is similar to the principles of operation of semiconductor nanostructures and elements of molecular electronics. Correspondingly, well-established methods of condensed matter and statistical physics can be applied.

In this talk, I address proton-pumping complexes and proton-driven nanomotor of the thylakoid and mitochondria membranes. These systems convert the energy obtained from the light or food to the proton gradient across the membrane, to the mechanical rotation of the nanomotor, and, finally, to the energy of chemical compounds. We propose simple physical models for these complexes which not only allow the quantitative description but can inspire the implementations in nanoelectronics as well. I also discuss some details of calculations which provide an interesting insight on the efficiency of charge or energy transfer.

Lev Murokh (Mourokh) received his PhD in Physics from the Nizhny Novgorod State University, Russia, in 1996 where he had held the Assistant Professor position until 1998 when he moved to USA. From 1998 to 2008, he held research and educational positions in Brooklyn College and College of Staten Island of CUNY, Stevens Institute of Technology, and RIKEN (Japan). In 2008, he was appointed as an Assistant Professor in the Queens College of CUNY and in 2015 he was promoted to Associate Professor. His main research interests include quantum transport and optical properties of semiconductor nanostructures, nanoelectromechanical systems, and living objects at the nanoscale. 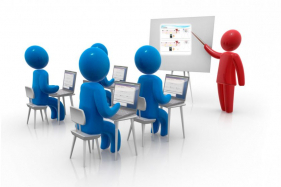