On September 28-29 the leader in science and innovation of the Baltic States - Center for Physical Sciences and Technology (FTMC) was celebrating the 10th anniversary of activity.
Due to this event in Vilnius there was held the two-day international scientific conference "10 years of scientific excellence and high-tech innovation".
The FTMC’s 10th Anniversary Conference was opened by academician Eugenijus Jovaiša, Chairman of the Committee on Education and Science of the Parliament of the Republic of Lithuania, who welcomed the center community, participants and guests. He emphasized admiring the local and international scientific activities of FTMC and its highly valuable feature – entrepreneurship. Also E. Jovaiša wished the center successful breakthroughs in science and business development in the second decade of center’s activity.
Prime Minister of the Government of the Republic of Lithuania Saulius Skvernelis had passed his written greetings and appreciations to the community of FTMC:  "Thank you for the dissemination of competent knowledge and experience, innovations, strengthening the international scientific community and cooperation." - wrote the Prime Minister.
British Ambassador Brian Olley participated at the FTMC Jubilee Event Conference opening ceremony and welcomed the participants:
“This event marks the significant milestone which celebrates a strong and long-lasting FTMC bilateral relationships with the leading UK universities. These collaborations have resulted in international projects, publications in highly-ranked and prestigious scientific journals, important scientific discoveries, and the development of new technologies. We are proud that Oxford u-to prof. Richard G. Compton is a member of the FTMC’s International Advisory Board. UK universities and scientific research institutions value international collaboration with the Center and we are looking forward to the next decade. We are totally confident that we will continue to engage in joint research and innovation with the FTMC. " - said Ambassador B. Olley.
Mayor of Vilnius Remigijus Šimašius in his congratulation speech also extended warm gratitude and appreciation to the FTMC for research and inventions, which make Vilnius and the whole of Lithuania famous in the world.
The Center was welcomed by Valdemaras Razumas, Viceminister of the Ministry of Education, Science and Sport, who made a report about policy of scientific excellence and FTMC role in innovation ecosystem. Welcome speeches were talked and greetings were sent by the representatives of Lithuanian universities, partners, businessmen and other special guests.
In the FTMC's 10th anniversary conference, which was held in center , in compliance with all security requirements and also broadcasted online, participated the world famous leaders in science and high-tech, members of the FTMC's International Advisory Board: chemistry, optoelectronics and photonics, materials engineering, life sciences stars from Finland, the USA, the Netherlands, Germany and other countries.
On the first day of the Event President of EARTO, director of the leading Finnish institute VTT prof. Antti Vasara remotely presented one of the main talks of the FTMC’s Jubilee Conference. The world star in the field of ultrafast optics, charismatic prof. Xi-Cheng Zhang from the University of Rochester, a member of the FMTC International Advisory Board shared news of research in his field. Amazing report was presented by one of the world brightest stars of astrophysics prof. Jonas Zmuidzinas from the CalTech Institute in California, also a member of the FMTC International Advisory Board. J. Zmuidzinas has developed some of the most sensitive sensors ever developed for astronomical research. The scientific reports presented Hartmut G. Roskos  from Goethe-university, Frankfurt, Textranet president Braz Costa and other world-renowned scientists.
Prominent scientists of the FTMC, winners of science awards prof. G. Valušis, prof. L. Valkūnas, dr. A. Alkauskas, dr. G. Račiukaitis, dr. S. Byčenkienė, dr. V. Gulbinas, dr. I. Kašalynas and others during the conference "10 years of scientific excellence and high-tech innovation" presented the most outstanding achievements of the last decade of FTMC activities, the latest scientific research and technological innovations. 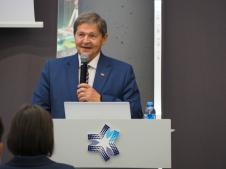 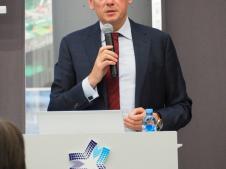 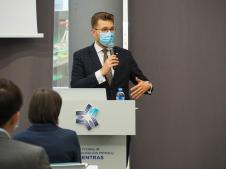 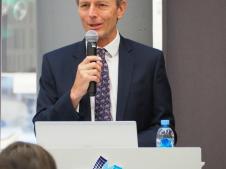 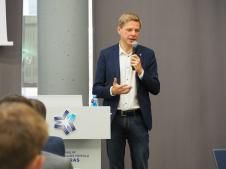 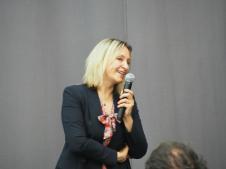 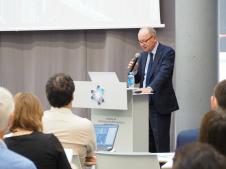 The history of FTMC decade activity is counted from year 2010, when after reorganization the Institutes of Chemistry, Physics and Semiconductor Physics in Vilnius and later - the Lithuanian Institute of Textile in Kaunas were joined to state founded scientific research institute - Center for Physical Sciences and Technology.
Within a few years, the center has become the leading research institution in the country and the Baltic region. According to FTMC director academician prof. Gintaras Valušis, today's center is a consequence of the state's investment in high, science-added value: the current modern FMTC building with the necessary infrastructure for science and technology and, most importantly, the people - talented, creative, idea-rich scientists, who work here.
"Since 2014 we have recruited as many as 18 scientists, who returned from abroad to the FTMC. In scientific terms, we have achieved a great deal in FTMC during this decade. The chemists of the center are employed by the Silicon Valley company LAM Research Corporation, the developers of laser technologies are involved in large-scale European projects, we coordinate them, we are the leaders in laser innovations. We are participating in projects of the European Space Agency and the H2020 program, we have developed materials that have enabled the development of a new generation platform for semiconductor lasers and sensors, and, the most important thing is that the attraction of people to FTMC has gained recognition. Since 2014 we have returned as many as 18 Lithuanian scientists from abroad to the FTMC,” - said FTMC director prof. G. Valušis.
The FTMC's 10th anniversary program also included interesting cultural events. In the FTMC lobby there was arranged the exclusive numismatic exhibition from FTMC prof E. Norkus' own collection "Science and Scientists on Coins and Banknotes". At the end of first day of the Conference, the chamber group of the Vilnius Music lovers symphony orchestra arranged evening concert.