Marzena Mackojć-Sinkevičienė: today there is still a lack of courage for girls

"So far, everyone believes in such a stereotypical image - what a scientist should look like, what a poet should look like, and I adhere to the Wolfgang Ketterle principle".
"Last year we hosted an outstanding Nobel Prize winner in physics. In "Quo vadis" Petroniusz gave a lecture on the idea that a person should be developed at 360 degrees, I think that whenever possible, one should be an example of this", - says Marzena Mackojć-Sinkevičienė, physicist, lecturer, junior researcher at Center for Physical Sciences and Technology, co-organizer of scientific conferences, Vilnius poetess.
"The situation is getting better, but today there is still a lack of courage for girls".
Full interview (in polish) on zw.lt: 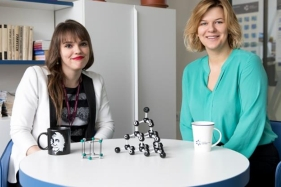