From year 2010, three separate institutes were joined into one CENTER FOR PHYSICAL SCIENCES AND TECHNOLOGY which is the state founded scientific research institute.

In 2012 according to the resolution of the Government of the Republic of Lithuania the Lithuanian Textile Institute was affiliated with the Center for Physical Sciences and Technology.


THE INSTITUTE OF CHEMISTRY
The Institute of Chemistry and Chemical technology of Lithuanian Academy of Sciences was founded in 1945. At the 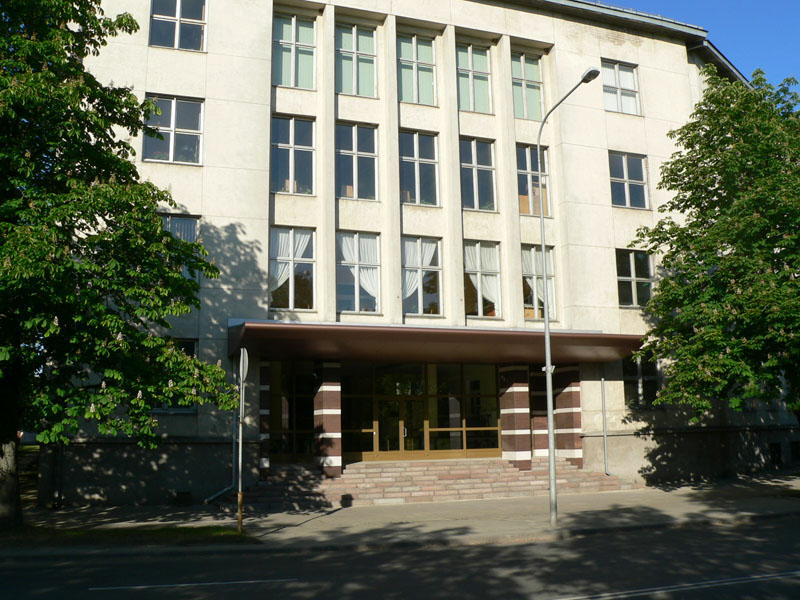 beginning there were established three departments: Inorganic chemistry sector, Laboratory of construction materials and Organic technology department, which studied organic and mineral raw materials (peat, clay, etc.) as well as underground waters. Applied studies in order to find the best ways to use the natural resources of Lithuania were carried out.
Several decades (since1960) studies on the electrochemistry of metals and deposition of metallic coatings have been  performed in the Institute of Chemistry.
The works performed by the electrochemists of scientific school of Academician J. Matulis advantageously combined scientific investigations with application of the results obtained in practice, therefore several dozens of metals and dielectrics surface treatment technologies were designed which are applied widely in industry. At that time the Institute coordinated scientific studies in the field of metal electrodeposition in the Eastern European countries.
After Lithuania had regained its independence  and the status of the Institute had changed, the reform of the studies in the Institute was started in order that the Institute could  take part in handling the problems of Lithuanian national economy as well as integrate into the international science system. At present it is the greatest chemical science institution in Lithuania.
In 1992 the Institute was given the name the Institute of Chemistry and the status of state scientific institute. In 2003 a new Statute of the Institute of Chemistry and its strategic activity plan were acknowledged.
The mission of the Institute is to develop chemical science and technologies with  the purpose to increase the body of knowledge in  the field of  chemistry and related sciences as well as to apply the knowledge to enhance the quality of life. The Institute pursues the objectives of scientific competence assurace and maintenance in the field of chemical sciences.  The scientific potential accumulated in the Institute allows performing scientific and applied orders of national economy as well as participating in international Science and Technology Exchange programs.
The main areas of research: studies of electrochemical, catalytic and sorption processes in solutions and their practical application; materials science  and metal corrosion, environmental chemistry, the spectroelectrochemistry, synthesis and studies of organic compounds.
Scientific output: The workers of the Institute have published  more than 4000 scientific publications, 9 scientific monographs, 40 collections of scientific papers, information editions. More than 200 Doctoral dissertations and 24 Habilitated Doctor’s dissertations have been prepared in the Institute of Chemistry. The Institute organizes international and national chemists conferences.
The scientific workers of the Institute were awarded three EUREKA prizes (in 1973, 1975, 1982) for the best inventions,  Eugen Leuze Award (Germany) for the best publication (in 2000), two   J. Matulis Awards of Lituanian Academy of Sciences (in 1996,1999), 10  Lithuanian National Science Awards (in 1971, 1975, 1977, 1982, 1983, 1989, 1994, 2000, 2003, 2007).
THE INSTITUTE OF PHYSICS
The Institute of Physics started its activity in 1977. Its predecessor, the Institute of Physics and Mathematics, was founded

within the Academy of Sciences in 1956. The Ignalina radioecology monitoring station of the Institute of Physics was established in Vosyliškės, 3.5 km southeast from the Ignalina NPP in 1978. The purpose of this station was to determine regularities of migration of radionuclides in the Ignalina NPP emissions in the ground level air and to evaluate doses caused by the ionizing radiation in the environment.
The Environment Research Station of the Institute of Physics was established in Preila in 1980. Investigations of air pollution, aerosol and climate changes are carried out at the station. The station takes part in the international projects: EMEP (co-operative program for monitoring and evaluation of migration of stable air pollutants in Europe), ACCENT (Atmosphere Composition Changes: European Network), EUSAAR (European stations for atmospheric aerosol research).
The Institute carries out expertise related to the environment pollution, nuclear power engineering as well as safety of nuclear objects and radioactive waste management technologies. The Institute of Physics is the member of the technical support organization of the State Nuclear Power Safety Inspectorate (VATESI) helping in preparing normative requirements for the analysis of transitional and emergency processes during decommissioning of the Ignalina NPP.
SEMICONDUCTOR PHYSICS INSTITUTE
Was founded in 1967 as one of institutes of Lithuanian Academy of Sciences. The first headmaster of institute was Juras

Požela. Presidium of Lithuanian Academy of sciences approved these research directions: semiconductor physics and chemistry, development of devices and hardware. In 1977 the phenomenon of electronic conductivity and electromotive force asymmetry in homogeneous isotropic semiconductor, which was discovered and investigated by S. Ašmontas, J. Požela and K. Repšas, was declared as discovery. It was the first scientific discovery to be recorded in Lithuania.
Institute’s scientific papers from 1978 are being published in the series of monographies “Electrons in Semiconductors”, symposia “Plasma and current instabilities in semiconductors” are periodically held since 1970, recently called “Ultrafast phenomena in semiconductors”.
In 1991, as Lithuania became independent, Semiconductor Physics Institute became independent state scientific research institute.
Semiconductor Physics Institute, while performing government decree, in cooperation with State metrology service is developing standards of units of measurement.
Semiconductor Physics Institute was always pursuing to cooperate, communicate and perform collective projects with foreign research institutions. Institute has extensive links with research institutions in Belgium, China, Denmark, France, Germany, Greece, Netherlands, Italy, Latvia, Norway, Poland, Portugal, Russia, Spain, Ukraine, United Kingdom and USA. Institute is in close cooperation with Stockholm Royal Insitute of Technology.
Thus, Institute is contributing to maintaining high level of education in Lithuania, is involving in second and third level education process, is performing collective projects with foreign universities and research institutions.
LITHUANIAN TEXTILE INSTITUTE
After establishment of one of the largest Artificial Fiber Plants in Europe on the initiative of the Lithuanian Council 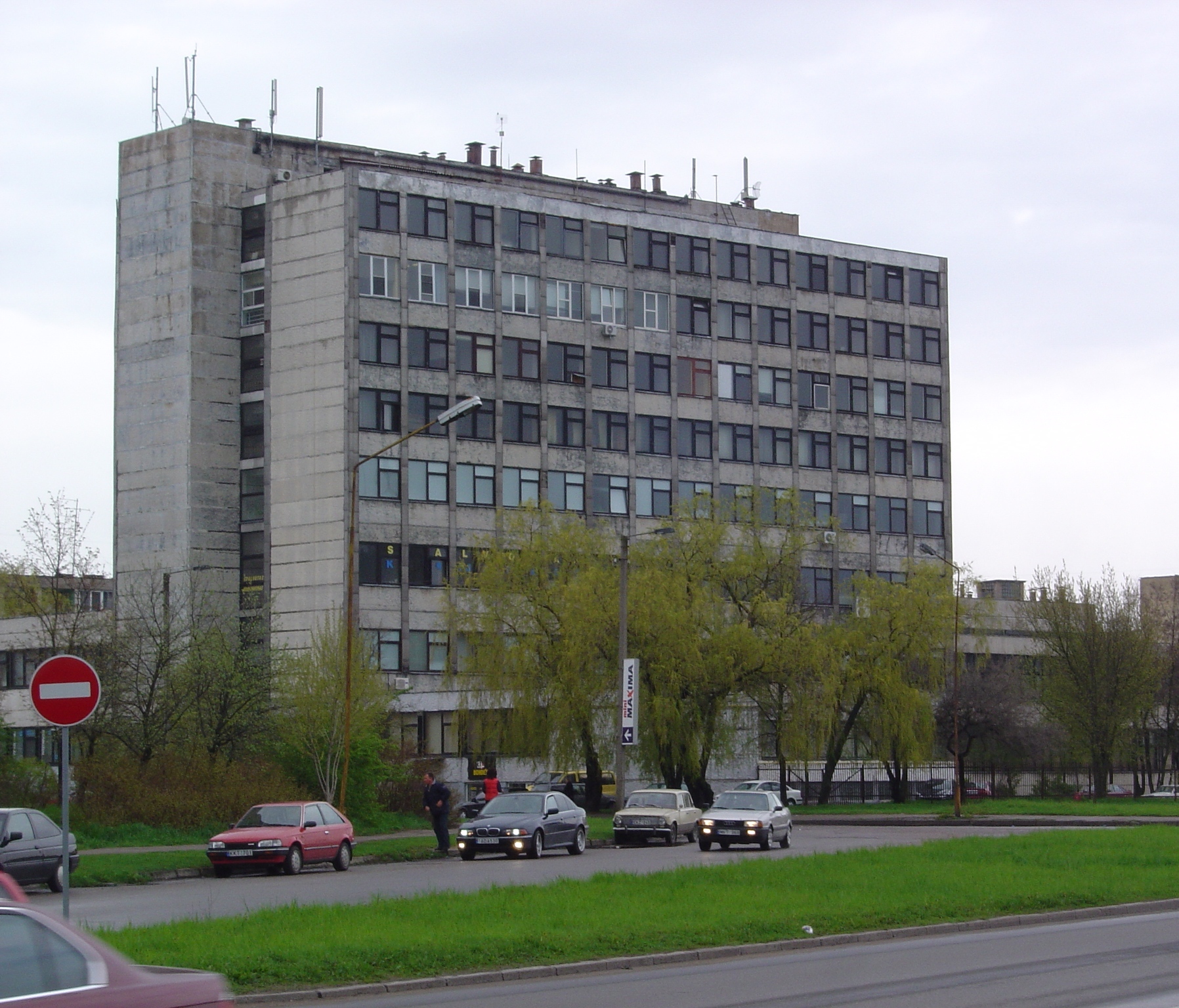 of Ministry the scientific research institute of the Lithuanian Textile industry was founded in Kaunas in 1960. The first scientific investigations at the Institute were aimed at the development and advancement of fabrication technologies of fabrics from acetate and triacetate yarn, creation of various fabrics from these yarns and implementation of research results at textile plants.
With the expansion of textile application fields a new technical textile research direction was initiated at the institute in 1980. The most significant research was intended for the cosmic and aviation industry - thermoisolating panels designed for the „Buran“ shuttle cladding as well as textile for aviation composite materials and special fabrics for spacesuits, etc., were developed and produced by the scientists.
In 1986 the institute was affiliated by the Ministry of Light Industry and became the Textile fabrics research institute. After restoration of the independence of Lithuania in 1990 the institute became the Lithuanian Textile institute (LTI), and in 1991 it was registered as a state science institution. Scientists of the institute made use of the gained experience in the technical textile development for the space and aviation industry and started an intensive development of the most promising textile directions - technical textile fabrics. Two main research directions were distinguished at LTI: the first one - creation of new fabrics and garments for people working under extreme conditions and the second - the technical textile fabrics for needs of food industry and medicine. The second direction included the study of individual protection garments for military and police needs as well as investigation of properties of textile fabrics and garments. Most of the investigations of the institute were of applied character - garment prototypes were developed from new fabrics and their production technologies were tested at the experimental laboratory of the institute. Most of the created garments were exhibited at specialized international expositions together with other European textile institutes, and in 2004 LTI became the real member of the European textile science research institutes association TEXTRANET.
During 2002–2010 the institute renewed a major part of its research equipment and successfully participated in international and national scientific projects: 7BP, COST, ACCESS, Leonardo da Vinci, EUREKA, NATO RTO, Lithuanian High Technology Development program, etc. In 2000- the LTI Textile materials testing laboratory was updated and in 2002 it was accredited to the LST EN ISO/IEC 17025 standards. In 2004 the laboratory was recognized to be a conformity assessment institution of the personal protective equipment, the identification No.1401.
In 2002 LTI introduced the quality control system for the scientific research as well as design and production of textile fabrics and garments according to the EN ISO 9001:2000 standard (currently EN ISO 9001:2008).
In close collaboration with the Lithuanian Standards Board with the aim to assist the Lithuanian textile plants in coming onto the European market the Institute has formed the technical committee TK 21 „Tekstilė“, the mission of which is to apply the EU standardization requirements and directives in the Lithuanian standards system. LTI scientists are taking active part in international organizations forming the European textile policy: they work in the working group of the European commission directive on the textile marking, are experts of the EU textile and clothing sector technological platform and the 7th Framework program, and members of the EU standardization technical committee CEN/TC 248 „Textile and textile garments“.
From 2009 the Lithuanian Textile Institute is the promoter and member of the National innovative textile and clothing association.
In 2012 according to the resolution of the Government of the Republic of Lithuania the Lithuanian Textile Institute was affiliated with the State research institute Center for Physical Sciences and Technology.